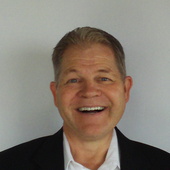 Get to know Patrick Dague

Other Business Experience: Mr. Dague’s past experience also includes, among other things, a position as the branch manager of a securities firm, and the founding of a real estate company he operated as president and chairman, which eventually sold its assets to a much larger company. His business experience also includes a position for a period of time as the head of joint venture acquisitions for a respected southern California commercial real estate firm. In 2007 he co-founded several investment companies that jointly acquired well in excess of $100 million in non-performing mortgages and other debt assets, which he and his partner are having serviced by a third party entity.

Education: Mr. Dague graduated from the College of Alameda in 1974 with an Associate in Science degree in Aviation Science. He graduated with highest honors and represented his class as the valedictorian speaker. He graduated from California State University at Hayward in 1976 with high honors with a Bachelor of Science degree in Psychology in Business Management, and subsequently did graduate work in the Masters Degree program in International Business at St. Mary’s College in Moraga, California, in 1987 and 1988. He continued to maintain his standing as an honors student in that program.

Military Service: Mr. Dague served three years of active duty United States military service. During that time, in addition to his military duties, he acted as the training officer for the military aero club and directed a program involving a dozen flight instructors. He received an honorable discharge from active duty then served one additional year in a reserve unit.