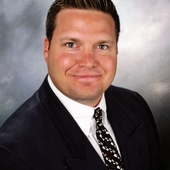 We are a Team of Professionals Who Provide the Ultimate Client Experience creating and nurturing Ambassadors who speak highly of us and refer us willingly.

Get to know Michael J. Maher

Michael J. Maher is the #1 national best-selling author of (7L) The Seven Levels of Communication: Go from Relationships to Referrals. Many consider this the best real estate book of 2010-2011. You can see more at Amazon, Barnes & Noble (online and offline), and www.7LBook.com.

The Michael J. Maher story: In a few short years, Michael has launched from a successful teaching career to a phenomenal real estate career. After doing $7.1 million in volume in his first full-time year, Michael proceeded to almost triple his business to $19.1 in his second year, and then soared to an astonishing $40.1 million in volume in just his third year of business, 2004! He has remained in the Top 25 Residential Real Estate Agents (Business Journal) ever since. Even more impressive is that over 85% of his team's business comes from referrals. Called America's Most Referred Real Estate Professional, Michael and his team receive over 500 referrals per year. Remember, these are Kansas City numbers!

He has been interviewed and recognized by the top real estate trainers in the world: Howard Brinton, Joe Stumpf, Bill Hart, Jim Sahnger at Loan Tool Box, Wells Fargo (only agent to ever be introduced by them), and David Knox. Broker*Agent Magazine has chosen Michael twice in the last two years as their Broker*Agent of the Month. Broker*Agent (twice) & The Real Estate Executive have made Michael their cover story. He has rapidly transcended his role as real estate professional to become known as a servant leader and savvy businessman in Kansas City.

Best Holiday Gift Ever? Could Re-Financing be Your Saving Grace?

The Evolution of Santa Claus and Quick Christmas Facts

We have a team of experts.  We have a well-rounded strong team who have a variety of expertises.  We handle all price brackets of homes and many different neighborhoods within Kansas City.  As our team grows, the focus narrows for each of our agents.  With this focus comes excellence. With excellence comes leadership and you want a leader in the field when it comes to the largest financial investment of your life.