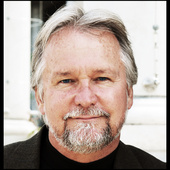 A Real Estate Marketing Group based in Asheville that works exclusively with profile properties we are confident we can serve effectively. Our Buyers Agents are the best in Asheville.

Get to know Mark Fields

Mark Fields is a versatile marketing and sales executive with over 30 years of international business experience in real estate investments, business development, and conservation innovations. He is President of the Patagonia Land Company LLC, an exclusive broker for high-net-worth, fortune 1000 clients seeking real estate investments in Central and South America with the goal of protecting endangered environments. Services include identification of expansion opportunities, selection of real estate acquisition candidates, and orchestration of complex due diligence and contract negotiations. He is a United States licensed real estate broker (North Carolina) affiliated with Keller Williams and works primarily with buyers and sellers of luxury properties, farms and ranches. Bilingual and bicultural, with strong family and business ties to Costa Rica and Chile, he credits his success as a negotiator, communicator, and senior manager to his ability to relate to people, to a deep understanding of the various cultures of the western hemisphere and the subtleties of their language, and to an unwavering commitment to integrity.  For his clients, these qualities have translated into substantial savings in time, money, and frustration. Mark first spread his wings in marketing leadership in 1977, assisting his father (known today as the Father of Ecotourism in Costa Rica) in new ventures, Swiss Travel Service and The Rio Colorado Lodge. As Vice President of Marketing, he helped develop the operation into the largest receptive tour company in Costa Rica and a key promotional firm for Costa Rica. The company pioneered the cruise ship, receptive tourism, eco-tourism and sports fishing industries in Costa Rica, organizing them into entities generating substantial and sustainable revenues for the Costa Rican people and, not incidentally, becoming leading forces for conservation. Mark initiated the first Catch & Release program in the Costa Rican sports fishing industry, now a standard; the ground-breaking program led him to a Washington, DC relationship that developed tagging programs and mounted a serious interest in the international salt water Catch & Release initiative. The founder of the Sport Fisherman’s Conservation Association, Fields also recognized the dangers to both indigenous fishermen, the environment and the sport fishing industry from the mass net fishing by commercial fishing fleets in the river mouths and over the reefs. His response was innovative and effective: he authored and distributed throughout the coastal communities in Costa Rica, in English and in Spanish, a small book of fiction describing the potential long term effects of non-regulated commercial fishing practices, allowing the reader to choose from a number of endings, each complete with repercussions. With an estimated 50,000 + currently distributed throughout Costa Rican communities and schools, it has become an important educational tool for conservation. During his four year service as Assistant to the President of the Costa Rica Tourism Institute and Special Advisor to the Minister of Economy on Tourism, Fields led a delegation to New York, inviting the most distinguished World Hotels to consider Costa Rica in their future development plans.  Foreseeing the imminent development of Costa Rica’s coasts, during his work with the Costa Rican government, he proposed a Master Plan for coastal development designed to brand it as a ecologically conscious “Mediterranean of the Caribbean” coastal tourist destination. His strong interest in conservation and native cultures also led him to pioneer a wide-ranging array of other organizations: An export/import retail business (“A Far Away Place”)  that became a leading retailer of world music and indigenous art in the United States; partnerships with local colleges to produce music concerts and cultural events; the nonprofit EarthDance Institute to recruit, organize, train, and inspire high school students in environmental issues throughout the Western Hemisphere (with a distinguished board of advisors comprised of international business, political, and literary leaders). He lives today with his wife Linda and two children Cole and Ana Cristina and dogs Max & Carson in Asheville, North Carolina.

Fall in love with Asheville