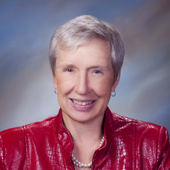 Get to know Margaret Rudd Bishop

Margaret Rudd Bishop has lived in Brunswick County since 1970 and operates Margaret Rudd & Associates, Inc., REALTORS as President as she has since its 1981 inception. The Oak Island location offers both a Sales Department and Property Management Division, including permanent monthly rentals as well as weekly beach rental homes.  The Sales office at 1023 North Howe Street, Southport, had its Grand Opening on St. Patrick's Day, 1981; and the Oak Island office, at 210 Country Club Drive, was opened in 1983.  A new office in Holden Beach was opened in 2008, and an additional "downtown" office was added in Southport also!

Seabreeze Welcome at Golf Course and on the Pier

Board of Directors - Southport-Oak Island Area Committee of 100, Inc.

A resident of Oak Island since 1970, Margaret is the mother of three daughters and has six grandchildren. She is married to E. A. "Al" Bishop who has three sons and seven grandchildren.