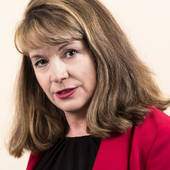 I'm a Realtor in the Victor Valley. It's where the affordable housing is in Southern California. If you are interested in relocating or information about our area, please contact me.

Get to know KAREN SANCHEZ

Sellers, looking for a unique marketing plan?  I market your home like no one else will,  Buyers I have Mom appoved customer service.  Agents I am a referral resouce you can trust. Call me and we can talk.

bookmark_borderbookmark
Home Selling – about 3 years ago

bookmark_borderbookmark
Real Estate Sales and Marketing – about 3 years ago

Let me introduce myself!

Top 101 for the Real Living franchise.

I market your home like no one else will.  My unique way of marketing gets the word out there.  Instead of a few people viewing your home onine a day, I work for maximum exposer.