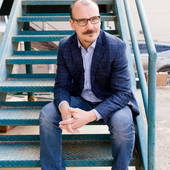 Jesse Poll is the Southern Utah area real estate agent who specializes in getting your home sold for the most money and in the shortest amount of time.

Get to know Jesse Poll

Jesse Poll is dedicated to the promotion of endeavors that will benefit those with whom he comes in contact.  During his life, he has taken advantage of multiple opportunities to empower others.  His experiences have taught him the priority of remembering that each person has the ability to make a unique and valuable contribution.

In 2005, Jesse was faced with an opportunity for a major career change.  Jesse decided to attend a leading university and soon graduated with a BS in Business Administration.  Since that time, he has been engaged in developing his dream of a millionairereal estate business.  He became a licensed realtor in Oregon in November of 2012.  Jesse uses his dynamic influence, his business expertise, and his education to facilitate real estate transactions from single-family homes to multiplex dwellings.  Jesse finds success through providing optimal service assisting owners and motivating buyers to participate in the solution that will bring the most benefit to everybody involved.

Jesse is married to Lea Frances-Poll.  They have four adult children who live in the western states including southern Utah, northern Nevada, Arizona, and Oregon.  He is a committed husband and father who shares his positive influence with the members of his family.  When asked, he will express pride in children whose greatest collective asset is the compassion they show toward those with whom they come in contact.

bookmark_borderbookmark
Home Selling – about 6 years ago

bookmark_borderbookmark
Real Estate Sales and Marketing – about 6 years ago

Home for Sale in Washington Utah

Jesse Poll believes that the best benefit is that which benefits all parties.  He provides stellar service to his clients from first contact through close of transaction and beyond.