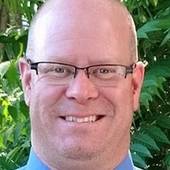 Robert has been a WV licensed real estate agent since January of 2010 & an Associate Broker since April of 2013.  He also has obtained NAR’s: GRI, ABR & GREEN designations with 1 more class to complete his e-PRO.

Robert served as the Secretary/Treasurer for the Greenbrier Valley Board of Realtors from September 2010 to December 2012 & President Elect for 2013.  He was the President for 2014.  He has served on numerous committee’s over the last 4 years.

Coldwell Banker Real Estate has been helping people find their home for over 108 years, but this year through a partnership with Adopt-a-Pet.com, we are going to help 20,000 dogs find home through the Coldwell Banker Homes for Dogs Project.