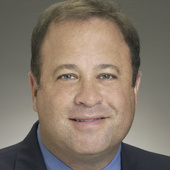 Having lived on Hilton Head Island since 1990, I have immersed myself in all aspects of customer service and satisfaction throughout my career as a REALTOR.

Get to know John Robinson

Before joining the real estate world, John Robinson had been a tennis professional for over 20 years at various facilities around the United States including the John Newcombe's Tennis Ranch in Texas, the John Gardiner's Tennis Ranch in California, Columbia Country Club in the Washington, DC area, the Sea Pines Racquet Club and the Van der Meer TennisUniversity on Hilton Head Island, South Carolina, and the Athletic Club of Weston in South Florida.

Mortgages in a Nutshell

“Who is buying Real Estate Now”?

WHY IS HILTON HEAD ISLAND, SOUTH CAROLINA SO SPECIAL?

Chances are you are an out-of-town home buyer looking for a primary, secondary, or vacation residence and do not have immediate access to the information and resources needed to make an informed decision. View John Robinson's in-depth and informative website at www.HiltonHeadExpert.com to research the Hilton Head area.

John Robinson has been a permanent resident on Hilton Head Island since 1990 and has experience in Lowcountry real estate as well as the local tennis industry.  Being a Head Tennis Professional on Hilton Head Island for many years, John has met thousands of residents and visitors.  As an active member of the community, John ensures that he can find the ideal home that exceeds your expectations. In fact, if he does not have a property that meets your needs, he will find your dream home regardless of which REALTOR® holds the original listing. No pressure, no hassles - just the service that you deserve!

Please call or email John Robinson to join the Hilton Head Island Club or if you have comments, questions, or to arrange property tours of Hilton Head Island, the surrounding areas of the Lowcountry, or anywhere in the United States.