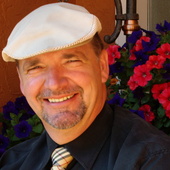 Selling Unique Properties in BC!

3A® Network Group, founded by Freddy Marks, are a group of Realtors specializing in marketing Ranches, Farms, Lodges, Resorts, Waterfronts, Acreages & other unique properties throughout BC.

Get to know Freddy Marks

Freddy’s DNA is Real Estate!  He is known for developing unique selling opportunities out of what, to the untrained eye, might appear to be nothing. This has been Freddy's tradition for over 30 years; ever since his very first real estate transaction at the age of 19.

In addition to the unique Sutton West Coast Realty Marketing tools, Freddy and his team, the 3A Network Group, delivers a specialized and sophisticated European Marketing package for property marketing in the old countries. Freddy speaks fluent English and German, as well as some Dutch.

He was deeply involved in the European expansion of the No. 1 Real Estate franchise system RE/MAX, establishing more than 1,000 offices in Europe.

His experience in markets, such as Germany, the Netherlands, Austria, Norway, Spain and Switzerland, as well as their ongoing marketing efforts and close connection to many real estate agents in Europe, has resulted in sales month after month.

Freddy's extensive background, and his personal contacts in the European community, gives him a unique position in the Canadian real estate industry. Freddy holds an MBA degree in Real Estate Economics from the University of Kiel/ Germany and is a licensed Sales Representative and Real Estate Broker for the Province of British Columbia. He holds dozen of sale, marketing and managements awards from several companies he served over the years!

For the last decade Freddy & his Team together with Sutton West Coast Realty in Harrison Hot Springs has developed a unique system for the marketing  of Waterfronts, Ranches, and other unique properties in BC.

Our experienced team of professionals not only has a large database of listings, ranging from small farms to the largest trophy ranches, and in all price ranges! We are also the best source for unique properties, from Lodges and Resorts to Luxury Estates, Acreages, Land, Unique homes and Ocean and Lakefront dream properties; we have/ or can find all the best kept secrets available. With over 33 years of experience in selling and buying properties, we deliver marketing results.

In 33 years we received many in and outside of Real Estate in several Countries.