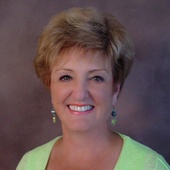 It's my profession to know the real estate business... And my pleasure to put that knowledge to work for you! Realtor Distinguished Service Award 2009

Get to know Connie Lou Barnett

Board of Trustee Kentucky Wesleyan College

Past Board of Directors National City Bank

Past Board of Directors Owensboro Country Club

Past Board of Directors Chamber of Commerce

Past President  Owensboro Bd of Realtors

Life Member of Who's Who in Real Estate

bookmark_borderbookmark
Real Estate Sales and Marketing – about 5 years ago

bookmark_borderbookmark
Home Selling – over 5 years ago

Hello and welcome to Owensboro the Bar-B-Que Capital of the World.  Few places can match the overall appeal of Owensboro,.....where restaurants are opening at a dizzying pace,.....where along the Ohio River come Friday evenings you'll hear the live strains of country, jazz, or rock tunes intertwined with the "clippity clop" of horses hooves pulling carriages filled with onlookers,.....where casual strolls can lead to good buys, even great finds, of antiques, accessories and artwork.  We guarantee that you will find a wealth of activities, friendly people, and a vibrant quality of life in our community.

We offer an excellent area hospital and medical services, as well as a state of the art health park.  We are especially proud of and support our education community, from our public, private, and parachial schools to our many post-secondary institutions, led by our two four year colleges.

We consider it a privilege and do appreciate the opportunity to serve you.  We will strive to make your home buying and relocation experience pleasant and rewarding.  At Real Living/Home Realty, we understand that leaving family, friends, and familiar surroundings can be difficult.  Keeping this in mind, our professional staff is dedicated to providing not only quality, but also personal service.  We will go beyond assisting you with a place to live - we will help you become a part of our community!

Adult education programming is available at the Longfellow Education Center.Owensboro is home to two four-year liberal arts colleges--Brescia University and Kentucky Wesleyan College. Each has an enrollment of approximately 800 students. The region is home to the Owensboro Community College, one of 13 community colleges in the Kentucky Community and Technical College System (KCTCS). More than 2,300 students attend the community college. The two locations of Owensboro Technical College, located in Owensboro, are also a part of KCTCS.

The Owensboro Junior College of Business, a 37 year veteran of the community, provides training to approximately 300 students, as well as corporations throughout Western Kentucky.

Owensboro boasts some of the best arts and cultural activities for a city its size in the country. Whether your interests lie in museums, music, art or theater, Owensboro has it.

RiverPark Center
The curtain is always rising on a new event at this performing arts and civic center which is located on the Ohio River in downtown Owensboro. The RiverPark Center includes a 1,500 seat multi-purpose auditorium, an experimental theatre that seats up to 300, lobbies and support facilities, a riverfront plaza, an open-air courtyard, and meeting/reception rooms. Each year, the RiverPark Center hosts more than 150 performance events and more than 900 civic events.

International Bluegrass Museum
Bill Monroe, known as the "father of bluegrass music," was born and raised in Rosine, Ky., just a short drive from Owensboro. That tradition is still alive and well in the area and is celebrated at the International Bluegrass Music Museum, which displays the history of bluegrass music through interpretive exhibits, posters, costumes and instruments. Other local bluegrass events include a winter concert, the Yellowbanks Dulcimer Festival at English Park and the annual Bluegrass Blast during the last weekend in September.

Museum of Science & History
The Owensboro Area Museum of Science and History and the Wendell Ford Government Education Center is one of the finest facilities of its kind in the region. Among the features of the museum are historic memorabilia, including arts, crafts, and antiques, as well as natural history exhibits and a planetarium. A new Speedzeum opened in 2003 and celebrates the rich racing heritage of the Owensboro-Daviess County region, covering everything from Soapbox Derby to local dirt track auto racing to NASCAR, motorcycle racing to hydroplane boats. With six active NASCAR drivers and countless crew members in service in NASCAR's various racing circuits, Owensboro claims one of the highest levels of motorsports participation of any city in the country. The Speedzeum demonstrates and celebrates this connection, beginning in the early 20th century and following the developments right up through present day, featuring displays of racing vehicles, audio/visual presentations and interactive displays, including a full-scale NASCAR simulator.

Owensboro Museum of Fine Arts
The Owensboro Museum of Fine Arts is housed in two historic structures-the Carnegie Library and the John Hampden Smith House, which dates back to the Civil War. The museum features a permanent collection of 19th- and 20th-century paintings and sculptures, decorative arts dating back as far as the 16th century, and the spectacular Stained Glass Gallery. The museum also features traveling exhibits and hosts educational youth tours during the school year.

Public Library
The Daviess County Public Library provides services to the entire county population from a single facility located in Owensboro. The library provides a wide array of services, including materials in all formats for all age groups; reference and information services; Kentucky history and genealogy research services; interlibrary loan; programming for children and adults; homebound delivery service; public access internet; dial-in access to the on-line catalog; fax and photocopy services; and outreach services to schools, daycare and headstart centers, and other community agencies. About 275,000 people visit the library each year.

HospitalOwensboro Mercy Health System (OMHS) is committed to providing health education, prevention, early intervention and wellness programs in addition to high-quality, cost-effective inpatient and outpatient services. At all locations, OMHS offers state-of-the-art technology with a medical staff of 130+ physicians representing a wide range of specialties. This not-for-profit regional health care provider, serves 13 counties in Kentucky and southern Indiana. The main hospital, located at 811 East Parrish Avenue, is licensed for 469 beds. The mission of OMHS is to heal the sick and to improve the health of our community.

Premier Service Certified - Trusted Advisor, Skilled Negotiator and Expert Facilitator - Be sure you get the Service you deserve!