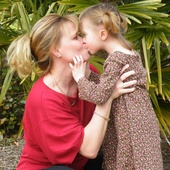 Get to know Cinnamon Wright

I have been involved in the Real Estate Industry off and on for 20+ years.  I earned my license in 1992 and worked as a full-time agent until 1996.  I had the urge to travel and thought that getting paid to do it was the way to go, so I took a few years to work as a flight attendant.  I really enjoyed working in the travel industry, but real estate is in my blood and I came back to it for good in 1999.

I currently work in the "family business".  My mother, Tish Lloyd, is a Broker Associate with Wilmington Real Estate 4U.  I handle the paperwork, scheduling, marketing, photographing and general schlepping around for her.  She's a great Mom, and a so-so Boss.  Notice I capitalized that -- she'll be reading this and she's big on titles!

I'm kidding.  We have a good time, we both love helping families buy or sell their properties.  It's fun and rewarding. Getting to do something you love, in a place you love, is a pretty great way to earn a living!

I have a 7 year old daughter and I spend a lot of time volunteering at her school.  If someone had told me I would one day be a PTA Mom I would have fallen over laughing.  But it turns out, I like it.  I like giving back to my community in many different ways, and being able to help children is one of my favorites.  Plus, I think being around all those kids keeps me young, they are so much fun and I learn just as much from them as they do from me.  It's really a great way to spend a few hours a week.

In my opinion, there is no better place to live than Wrightsville Beach, NC.  I first discovered it in 1997 while working as a flight attendant. One of the girls I worked with was a local and we would spend as much time here as possible.  I fell in love with the beach, the climate and the people. Wrightsville Beach is a small town and proud of it!  The people are kind, generous, friendly and their love of Wrightsville Beach shows.  I promised myself that one day I would live here full-time.

Well, it took a few years, but I made it back!  And I love it even more than I thought I would!  I can honestly say, there is nothing I dis-like about Wrightsville Beach,NC.  Even the summer traffic doesn't bother me.  I know why people flock to our beach,  I was once a tourist too, so I know how they feel.

Wrightsville Beach was incorporated in 1899, and was most likely named for Joshua Grainger Wright, a state legislator and state supreme court justice from Wilmington, NC who owned land on the coast.  Originally access was only available by train, later electric streetcar(aka The Beach Trolley).  Cars were not allowed on the island until 1935.  The first building on the island was the Carolina Yacht Club in 1853.  Carolina Yacht Club is one of the oldest continously operating yacht clubs in America, it's only nine years younger than the oldest, the New York Yacht Club.

Can you believe there was a time that people didn't love the beach?  I know I can't!  But it took a while for Wrightsville Beach to take hold of the imaginations of North Carolina residents.  But once it grabbed them, well, the rest is history.

In 1875 an 8 mile road was constructed between Wilmington and Wrightsville Beach.  It was an oyster shell topped toll road and was the pride of the area residents!  The promoters of the time called it "The Playground of the South", and more than one person thought it would become another Atlantic City, NJ.  In 1888 the railraod arrived and Wrightsville Beach was ready for the big time!

Wrightsville Beach is located 8 miles from Wilmington, NC.  Wilmington is a terrific little city; full of fantastic restaurants, museums, great shopping and a delightful Historic District . It's also home to the Azalea Festival.  Now that's a celebration you don't want to miss!

If you're looking to buy or sell a home in Wilmington or Wrightsville Beach give us a call!  Let us help you in achieving your goals!