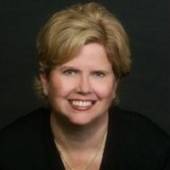 Get to know Lenda Goulding

Lenda began her real estate career in the Cary area in 1994 when she moved from California with husband, Dave, who is also a member of her real estate team and her four sons.

Her previous career in the travel industry greatly influenced her ability to sell lifestyles more than just houses alone. It’s her negotiating skills and professionalism that set her apart from the rest.

Her clients consistently comment on her ability to separate emotion from business to get the best value, both on the selling and buying sides. She is well connected to the Cary area and familiar with the ever changing needs of her clients.

Lenda is one of the top 20 agents in the Triangle, according to Triangle Business Journal (Book of Lists 2014-15). She received the Coldwell Banker International President's Circle Team level of production for the year (2013), the LG Real Estate is ranked #9 Coldwell Banker Team in North Carolina (2013) and is the top ranked team for Coldwell Banker HPW – Cary (2013).

In her spare time, she serves as Treasurer for her neighborhood homeowners association, actively participates in local charities and enjoys spending time with her family.

The Insider's Edge to Making Your Home "Show Ready"

The Triangle Business Journal lists Lenda in the Top 20 Triangle Realtors – out of 7000 total.