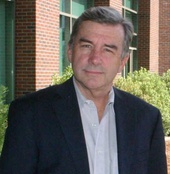 Get to know Bill Joyce

I am the Broker and Owner of Charter~Home in Sacramento.  I grew up in southern California and attended Occidental College in Eagle Rock, CA (near Pasadena).

I spent 20 years as a consultant out of New York advising corporate clients and travelling the country.  Over the years I ended up developing a pretty impressive client list including American Express, Pitney Bowes, the US Postal Service, along with every major New York advertising agency (my field, think Don Draper) including Young and Rubicam, Wunderman Cato Johnson and Foote, Cone & Belding.  As an independent consultant, you sell advice and expertise and commonly a day or two at a time.  As a “consultant” you are expected to know your stuff and solve problems far greater than your fees.  So when the client pays $5000 plus travel expenses for you to tell them something…they’re expecting you to tell them something valuable. I was routinely asked to speak at conferences and conventions in my field of expertise and wrote articles for trade magazines.  I believe that surviving, and even thriving at this for 20 years demonstrates a strong work ethic, the ability to prove substantial value and a large number of appreciative clients.

As anyone who has ever travelled extensively for work can tell you, the excitement wears off.  Des Moines is only marginally interesting the first few times, and that’s largely because I’m easy to entertain.   I have seen most American cities many times.  Actually, I have seen the airports for and board rooms in most American cities many times.  In 2004 it was time to find something new and exciting, a field where my work ethic and problem solving skills could have a genuine impact on peoples’ lives… but with less travel.  I chose real estate.

The career change was combined with a move to my home state of California and for a variety of reason I chose Sacramento.  I was able to enjoy about a year of a market like I had never experienced.  Then came the crash.

Over the past years I have become a student of what I believe is the greatest financial scandal in world history.  The soaring growth and sudden collapse of home values is the product of what I believe to be fraud and abuse by investment banks selling securitized subprime debt to unsuspecting investors around the world.  With US Treasury Bills yielding roughly 1%, investors pumped trillions into the mortgage market, lowering lending standards and creating the housing bubble. I would advise caution getting me going on this subject…you’ll get an earful.

Suffice it to say, I feel I have found my home and purpose.  It is the American homeowner, stuck in overpriced homes facing the staggering cost of overpaying for housing and stuck where they are for a decade or more.  Lives have been altered and retirements have been put in jeopardy.  I am writing my book and online newsletter  “Surviving the American Dream” in an attempt to spread the word about what really happened as well as provide practical advice for taking control of your financial future.

My “Wall St.” rant aside, I’m a generally friendly guy, I like to fly fish and hike and have a reasonable sense of humor for an otherwise dry fellow.

I take my work very seriously. In recent years, home ownership has had a disastrous financial impact on the lives of millions of Americans. It’s time to fix that…one family at a time.

bookmark_borderbookmark
Home Buying – over 4 years ago

Down payments, debt, saving & budgeting related to buying a home.

What is a Short Sale?