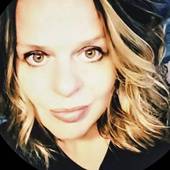 Get to know Barbara Phillips

Barbara 'THINKS OUTSIDE THE BOX", and utilizes her creative intuition to get your house sold. Her houses sell on an average in 45 days.

COMPLIMENTARY PROFESSIONAL PHOTOGRAPHY OFFERED FOR ALL LISTINGS
COMPLIMENTARY STAGING CONSULTATION (Upstaging: Using existing items in your house to create a new space & feel to your home)

Barbara studied Theater Arts/Acting at Emerson College in Boston. She later received a Bachelor of Science degree in Speech Communications with a Minor in Women's Studies from Millersville University of Pennsylvania.

Before her career in real estate, Barbara worked as a Freelance Writer/News Producer at several major market media companies.

Barbara has acquired an unparalleled reputation as an effective ADVOCATE for her sellers and buyers.

Her direct and honest approach and her INNOVATIVE marketing ideas have contributed to her continued success as a Top Producer in North Central West Virginia.

Barbara's specialized training as a Buyer's Representative and her cumulative knowledge of the market as a Listing Agent, provides you with a COMPETENT consultant with your best interest in mind.

She understands that each buyer and seller is unique, and require an experienced, versatile, and ATTENTIVE realtor to guide them through the buying/selling process.