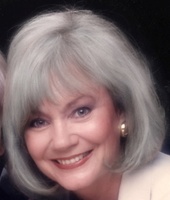 Discovering Amelia Island
This Is How I See It
Rainmaker 37,947
Contact

Opening Doors For Buyers & Sellers Since 1980! For more than 38 years I have provided the kind of service and expertise that has created a loyal following from our customers.

Get to know Ellen Goulding Myers

We have recently moved to Amelia Island, FL. and are loving the island life!  I am continuing my real estate career and Ron is helping me with the paperwork.

Prior to our real estate careers, Ron was in sales and marketing in the travel industry since graduating from Florida Southern and after serving 2 tours as an Air Force Captain in the Viet Nam War.

Ellen graduated from the University of Georgia in 1970 with a BBA majoring in accounting. After 10 years of accounting, working with Price Waterhouse & Co. and, later, with one of their clients, she decided that working with the public in a service-related field was more her "cup of tea" so . . . here I am!  I have found my niche!

In 2004, Ellen went in a totally different direction - she opened a retail store selling gourmet kitchen and gift items. Although not active in the real estate market, we maintained our education and our memberships in the local, state and national associations.  Ron thought he had retired - again - but that was not to be!  We went back working hard as ever!  Our old customers remembered us and still called us and we continued to establish new business daily.

In 2013, after Ron decided again to retire, and with little family left in S. FL., we relocated to Amelia Island.  Ron is still retired but not I - I joined Amelia Island Plantation Real Estate to be in the center of action and just love it.  Some of the agents have been here since the Plantation was first developed in 1973 and I have learned so much from them.  I have learned all of the ups & downs & ins & outs of the Plantation but have ventured out onto the island and have learned so much in the 2 years that I have been here - Amelia Island, Summer Beach, Fernandina Beach, all sharing the same little island.

In 2015, I joined Coldwell Banker, The Amelia Group, a prestigious boutique-style franchise of Coldwell Banker, and, although I loved the agents at the Plantation office and learned a lot there, I am so excited to be a more integral part of the entire island - Amelia Island & the incorporated city of Fernandina Beach, which is also on Amelia Island.

We are loving the "Island Life" and would be so pleased to show your buyers our fabulous little bit of Island Paradise also!

bookmark_borderbookmark
Home Buying – about 3 years ago

bookmark_borderbookmark
Local News and Events – about 3 years ago

bookmark_borderbookmark
Local News and Events – over 3 years ago

My current awards are...