Pet Baths For The Home...Why Not!

2 Comments
Having a dog that I've bathed at home (leaning over the side of the tub which is a back breaker) I was ecstatic when a "doggie wash" became part of the neighborhood!  I never had considered having one installed in my home...but, it sounds like a possibility in my future home!   I know of many pe...

4 Comments
Rain Camp was awesome yesterday. Brain Overload but such good information.  Ben Kinney gave us so many tools and I can't wait to implement them!  I have been an Active Rain member since 2008 and had no idea there was so many simple thing I could do for my business.   Thanks Ben Kinney!
Back to Top Archives
Rainer
12,164 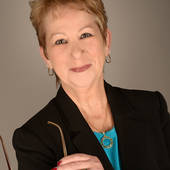