Scent of a Realtor

0 Comments
Live downtown! Vancouver's a solid investment for renting or living. VANCOUVER remains the most liveable city in the world, according to the latest annual ranking compiled by the Economist Intelligence Unit. The Canadian city scored 98 out of a maximum 100, as it has done for the past two years. ...

Scent of a Realtor

4 Comments
Realtor After Shave & Cologne! www.hutchyhomes.com 778-839-5442 Have you ever dreamt of having the Scent of a Realtor?  Well, it has just come on the market, and is available via Internet through this select website.  Smell like you just sold a million-dollar home!  Through much research and deve...

0 Comments
http://mlslink.mlxchange.com/Pub/EmailView.asp?r=1385366858&s=BRC&t=BRC Click above for ALL Vancouver Westside Open Houses!

0 Comments
IT DOESN'T TAKE A ROCKET SCIENTIST TO FIGURE OUT A HOME AT HQ IS A SMART INVESTMENT. Where else are you going to get a Westside address or afford real estate so close to the waterfront in an established community? Not to mention, own a home design-engineered by one of the city's top interior desi...

0 Comments
We have been receiving a lot of questions about the new prices in the Vancouver Olympic Village, or as it is now known: the Village on False Creek.   Today the price range was released by Rennie Marketing at a Realtor event.  While it was advertised in the media that the price reductions would be...

0 Comments
$299000 / 1br - GET LISTINGS 48 HOURS BEFORE PUBLIC MLS SITES! (GREATER VANCOUVER) (map) Get onto an automated system, and receive automatic updates of your new listings 48 hours before they hit public mls sites, notifications of price changes and sold properties within your selected parameters t...

0 Comments
For those who really want to get out of the rat race, outer-atmosphere living can be enjoyed all year round, or shared in a partial ownership! Nestled just outside the earth's atmosphere enjoy the view of the world!  Bring your telescope to view the Great Wall of China, and after dinner the pyram... 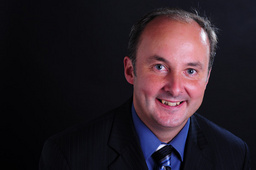