4 Comments
Looking for something to do in Park City on Sundays? Check out the Park Silly Sunday Market. Every Sunday from June 13 to September 26 from 10am until 5pm, Main Street in Park City gets SILLY. There are arts and craft vendors and fresh produce. There is also live entertainment including musical a...

0 Comments
The Park Hotel on Main Street in Old Town Park City, Utah. I like the simple pattern, color, and repetition of the windows. As with most of my photos, it is taken hand-held with my super-trusty, ultra-portable Canon SD 870is. If you are looking for a home on Main Street or a home anywhere in Par...

0 Comments
The Park City Farmer's Market begins its 2010 season today, June 2, at noon. The market is a locals' favorite. It takes place every Wednesday from June through October. Hours are from noon until 6pm. The market takes place in the lower parking lot of The Canyons resort by the base of the cabriol...

3 Comments
Not Right. Utah received some late season snow on Monday. We actually had several inches in Jeremy Ranch in Park City. This photo of tulips in snow was taken in my front yard in Jeremy Ranch. While the snow is beautiful and we could always use the water, it still doesn't seem right to be getting...

5 Comments
This was just a few minutes ago ... I was working in the home office when I saw this guy amble into my front yard. I grabbed the camera and stepped out on the deck. I was only 12 feet away from him. Probably not smart to get that close to a moose. But he seemed rather preoccupied. A moose sightin...

4 Comments
This is a true story of how I bought my first home. The year was ... well, let's just say a few years back ... and I was a grad student at the University of Utah. I was living in Salt Lake City at the time when some friends asked if I wanted to drive up to Park City for the afternoon. They were b... 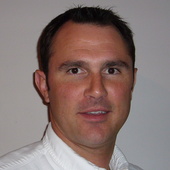