3 Comments
I'm often called upon by friends to deal with spyware issues on thier computers. Right now I just deleted one I couldn't find on google Wdmrgzyn.dll anyone know anything about it? The popup spyware is still on his system. So far we havent been able to locate and delete it.  The most effective and...

8 Comments
Something like this might be needed to avoid tailspins going forward.    I'm posting this now because I just finished formatting an email to send this article out to my contacts and felt I should put it up on the page as wellAggressive lending on lax standards has lead us to the point where there...

5 Comments
Just a short one on something I find happening that people need to watch out for.The other day, while calling refinance leads, I came across a gentleman who claimed not to have a 2nd lien on his house like the lead data said he did.  With a few clicks of the mouse I had the imaged copies of the n...

0 Comments
My first night as a bartender at Ariani restaurant www.chefdario.com, my first guests at the bar, I meet a Realtor couple team on thier way to a showing.   We chatted a bit about the market and the changes it's been going through, they said I was brave to get in now.   So I told them my firm spec...

4 Comments
Last Wednesday a friend referred to me a co-worker who had just mentioned to him that he was under contract to buy one a lovely new construction here in Cape Coral, but was having problems getting the mortgage financing.He was putting money down, but had less than perfect credit, was going stated...
Previous 1 2 3 Next
Back to Top Archives
Rainmaker
16,285 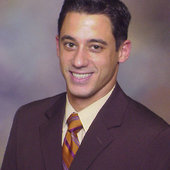