Six more banks have been taken over by FDIC. How many more will fail?

10 Comments
Six more banks fail and are taken over by the FDIC as of 1/29/2010.  This brings the total to 15 banks since January 1 2010 this year.  It seem to be the smaller coummunity banks will be ones going under.  At this pace if the FDIC continuies closing down banks they will end up closing about 180 ...

1 Comments
Hello Football FANS!  The NFL Pro Bowl is this Sunday a week before the SUPER BOWL.  This is the first time ever the Pro Bowl has been played before the SUPER BOWL ( for a change ) and is being played in Miami, Florida.  The season is not over yet, 2 football games left. The Colts and Saints play...

4 Comments
Here is helpful site for the "Do IT Yourself" people out there.  When your scraping for pennies and trying to cut your Budget in Today's economy, here is a Beneficial site that might save you TIME and MONEY before you pay to bring in the Professional.  CLICK HERE---> http://www.hometips.com
Back to Top Archives
Rainer
212,819 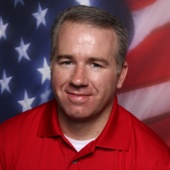