0 Comments
INDIANAPOLIS — Double-digit increases dominated the market in November, according to statistics released today by the Metropolitan Indianapolis Board of REALTORS®. Both units sold and pended increased by 16 percent during the September to November 2009 period, when compared to the same period in ...
Back to Top Recent
Rainer
10,274 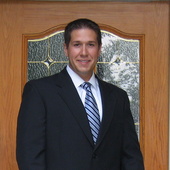