Is Disclosure Necessary when someone has died in the house??

22 Comments
Someone who lives alone has died in the house and their body has not been found for about a month. The neighbors obviously know because the police show up to investigate. It is found to be death by natural causes. Normally one would have to disclose if it were a murder or something like that. Bu...

7 Comments
So, we finally did it. Had the ozone shock treatment ona home that needed something to get rid of odours. My first impression was- ugh, this ozone smell is worse. Then, a couple of days later, when it was dissipating, it started to smell sort of like fresh air- not too bad at all. I'm told it wil...

Getting Rid of Odours

9 Comments
I'm wondering if anyone has used the Ozone shock treatment to rid a home of pet, cooking or other persistent odours before listing it? If so, how did it work and was it effective? Thanks

24 Comments
Two weeks ago I went to meet my buyer to hand over the keys to his new condo in Shaughnessy Heights, Vancouver.He was about 20 minutes late and I was getting bored just standing in the lobby of the building. Soooo.... I decided that NOW was a good time to practice the new tap dance routine I had ...

11 Comments
Ladner is an amazing place. Although it's cold today the first signs of Spring are showing. At about 5:30 pm every day, the  bald eagles gather at the foot of Ferry Road and Admiral Way, about 8-12 of them sitting on high branches of the trees in the nature reserve. They are loud and chatty as if...
Back to Top Archives
Rainer
4,675 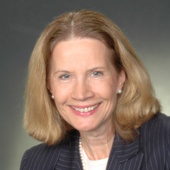