2 Comments
February 7, 2013 – San Francisco Real Estate Professionals Recently we posted about finding your fine new home office. And working from home is becoming more of a reality for many workers / small business owners. But now that TAXES are on everyone’s mind right now, just what can be used as a dedu...

Are you ready to buy in California?

1 Comments
The Super Bowl is just days away and it promises to have something for everyone - a great football game, funny entertainment and it even has a cute factor with the Puppy Bowl.  Well in preparation for the festivities, we have found Super Bowl XLVII cities by the numbers! CLICK HERE FOR MORE INFO!!

Is it better to rent or by a condo?

1 Comments
Are Rents Up or Down January 29, 2012 – San Francisco Real Estate Professionals According to a recent article from RealFacts,” Average rents in the East Bay, Peninsula and San Francisco were nearly unchanged in the fourth quarter of last year and declined slightly in the South Bay, according to ...

0 Comments
January 24, 2012 - San Francisco Real Estate ProfessionalsAh, the American Dream ... to work from home. So many businesses and offices are automated today, there are many more options to work at home virtually – or virtually work from home! Imagine sitting in front of your computer coffee in one ...

0 Comments
There’s a new Sheriff in town, well actually it’s new rules for mortgages and lenders and they will affect how you are able to get a home loan. All lending institutions from huge national banks to community banks to credit unions will now have to follow the new rules. Essentially, everywhere you ...

0 Comments
January 17, 2013 - San Francisco Real Estate Professionals The California Association of Realtors® reported real estate sales and prices in the San Francisco Bay Peninsula area were higher in December than the previous months of 2012. “A rush to complete sales of higher-priced homes by the end of...

How important is the Internet when listing your home?

0 Comments
January 15, 2013 - San Francisco Real Estate ProfessionalsIf you’re thinking of listing your home in the San Francisco Bay Peninsula area, you may be interested in recent study done by Google and the National Association of Realtors® about how buyers are finding homes to buy.How important is the ...

San Francisco is one of the HEALTHIEST Housing Markets for 2013!

NAR, the Fiscal Cliff and Homeowners 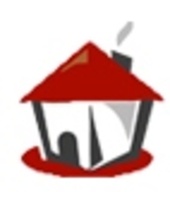 San Francisco Peninsula Real Estate The entire San Francisco Real Estate Professionals Team is not only passionate about finding real estate for YOU, but being a step above the average. How do we achieve this? 1. We provide access to over 20,000 San Francisco Peninsula Properties. 2. We created a Foreclosure & Short Sale search feature so with just one click of a button you have access to some of the best deals in the state. 3. Click “Schedule Showing” button and we guarantee one of our highly skilled sales associates will work around your schedule to be able to show you properties 7 days a week. 4. No obligation phone or telephone consultation to assist you in an easy enjoyable home buying process. Now go use the San Francisco Peninsula’s most powerful real estate search, save your favorites, find the best deals, and let’s tour them together! See you soon and remember..Buying a home is meant to be fun!