1 Comments
One of the fun things about summer in the great Pacific Northwest is all of the great outdoor music festivals. From huge commercial events at places like The Gorge and Marymoore Park to smaller local events like Summer Sounds at Skansie Park in Gig Harbor.The Summer Sounds series kicks on on June...

What a Long Strange Trip it's Been.... apolgozies to The Grateful Dead

0 Comments
4 years.....that's right I have been wandering in the wasteland of REO sales for the past 4 years...I have seen things that would make your toes curl and I have lived to tell about it. Now that I have been fumigated and allowed to come back.Recently my inventory levels have dropped to a managable...

2 Comments
It's fall and you know what that means. Crisp air and beautiful colors on our trees. It also means that the Meeker Mansion will be having their annual Cider Squeeze.  Saturday October 13th. from 10am to 4pm rain or shine. (regretfully it looks like rain) You can buy your apples on site and have f...

0 Comments
Back when I was posting frequently here I would share videos on Fridays. It always seemed to generate an interesting discussion on either the song or the band. I thought it would be fun to post videos again.   This week I am kicking off the Friday Nite Video Series with The Verve and Bittersweet ...

Maybe you can go home again....

30 Comments
Life has a funny way of reminding you of things you said and things you did.   Many years ago I told my parents "As soon as I graduate from high school I am out of here. I can't stand living in Tacoma!" I also said "I could never imagine having kids!"   For many years I did just that. I lived i...

3 Comments
It's spring and with spring comes Farmers Markets! This Saturday April 2nd, 2011 the Port Townsend Farmers Market start for the season. From 9am until 2pm each Saturday until October! Over 50 vendors will be in place this Saturday ready to share their wares with you. There will be a goat parade! ...

The Narrows Group - Our new signs are here, tell us what you think.

1 Comments
The Narrows Group was formed in 2010 with the intention to create a team of Realtors who treat each client exactly how they would like to be treated. Specializing in the University Place, Gig Harbor, and Tacoma Washington markets The Narrows Group is dedicated to providing the absolute best in cu...

1 Comments
Growing up in the 70's in Tacoma Washington was the sort of save vanilla experience that many of us had as kids. I remember thinking how strange Queen was yet I was so drawn to their music. Here it is 30 years later and this song crossed my radar when a former classmate of mine shared a video cel...

Friday Nite Videos: Something to consider while you're wondering about things

3 Comments
I stumbled across this band a few years ago when I found an Australian video network online. The network no longer is with us but The John Butler Trio is still creating fantastic music that is both enjoyable and thought provoking. I hope you enjoy and that you have a productive day in Real Estate
Previous 1 2 3 4 5 6 7 8 9 … 14 15 Next
Back to Top Archives
Rainmaker
137,933 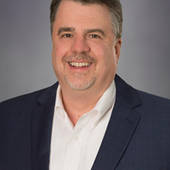 Blog about the goings on in the Tacoma, Puyallup, and the greater Pierce County area. Classic homes, renovation and restoration of homes. Tips and Suggestions for Agents to improve as real estate professionals. Occasional fun stuff.