1 Comments
Austin, TX –Real Safe Agent has released its long-awaited book Aegis: A Comprehensive Agent Safety Analysis and Guide for Real Estate Associations, MLSs, and Brokerages.  After a limited release in late February, the 64 page document is receiving widespread praise and looks as if will turn the in...

0 Comments
Would love opinions about the new video..

0 Comments
Part 2: Timeline of a Crime.  Part 2 of the 22 part agent safety series from our breakthrough class based on criminology & predator profiling

Predators vs. Thieves: Part 1 of a 22 part series on Agent Safety

0 Comments
Predators vs Thieves from Lee Goldstein on Vimeo.

1 Comments
Hi all, I've been posting excerpts from the agent safety class based on criminology and predator profiling.  I thank all of you for the positive feedback.  I'm teaching the class live on Thursday the 11th at 1pm central and we will also be running it as a live online class.  If anyone would like ...

Reduce the risk of being targeted

1 Comments
Reducing the risk of being targeted The first step in preventing being a victim of a crime is eliminating as many “attractors” as possible.  That being said, a big part of marketing yourself as a real estate agent is making yourself and your picture as prominent as possible. This section is about...
Previous 1 2 Next
Back to Top Archives
Rainer
14,250 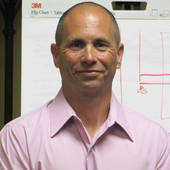