"Procrastination is one of the most common and deadliest of diseases

1 Comments
Stephen Silver November 2 at 9:49am Reply• Report "Procrastination is one of the most common and deadliest of diseases and it'stoll on success and happiness is heavy."Wayne GretzkyI wanted to share a very useful formula that I have adopted into my way of life. Many of us suffer from the "disease...

Something To Think About

0 Comments
I was talking to another agent the other day and she had said something that got my attention. She was telling a story about a potential buyer for a property that  was doing nothing but talking about all the things she did not like about the place, keep in mind that the place was very,very nice.....

1 Comments
I am having so productivity issues, What are some of you doing in your neighborhoods that is proving to be effective?

2 Comments
Anyone out there have the HTC Incredible (Verizon) that has not received the 2.2 update yet besides me?

2 Comments
Housing Recovery Predicted for Early 2012 The Concord Group real estate strategy firm predicts that with 18 months worth of housing inventory on the market, it will take until the first quarter of 2012 for demand for new homes to equal what it was in 2000.Concord Group calculates that new home sa...

0 Comments
And now we can add one more reason to the list and call it the 12 Reasons of Christmas. The lowest interest rates in over 400 years,  George Washington could not of gotten this low of a rate. 11. By selling now, you may have an opportunity to be a non-contingent buyer during the spring, when many...

0 Comments
I came across this article from justsell.com  and I wanted to share it with you.  The tile of the article is "Top 30 Open Ended Questions"!.  Here is the link:  http://www.justsell.com/top-30-open-ended-questions/   Happy selling!Best Regards   Robert Luciano 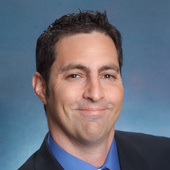