7 Comments
Microsoft Tag is a Beta test out right now for mobile devices.  It is basically a bar code system, only this system can point prospects to relevant information on their mobile web browsers.  I can see a few great applications for this type of software in our world.   Imagine students walking past...

How to Profit From the 2009 Stimulus Plan

0 Comments
Hey Everyone, I wanted to invite the group to the 2nd Annual ACRC Casino Night at the Driskell Hotel. Last years event was excellent and we expect this years to be even better!. Who: YOU! What: A delightful evening of dining, dancing and games of chance Where: The historic Driskill Hotel When: Fr...

1 Comments
I hear that 2"-3" is the norm and that no foundation is ever zeroed out? One engineer tells us that it slopes and to have it repaired. The other says there are slight variations but does not suggest any repairs? The slope claiming engineer used a water level. The variation claiming engineer state...

WE ARE HERE TO HELP: REALTORS NEEDED!!!

5 Comments
I have read and followed the blog of fellow Active Rainer Debe Maxwell in Charlotte.  She is frustrated with the various list she has to keep up with for her various transactions in Real Estate.  If you haven't read her blog go and check it out:  HELP! I'm OVERWHELMED!  I have garnered the help o...

2 Comments
We have a great new listing at Windsor Oaks Condominiums! 10% Down and 0% financing!  You can't beat that!  This is perfect for that person trying to close on an exhange before the April filing date!  The old fashion soda fountain is at a pharmacy called Nau's. They make a great burger too!  I do...

7 Comments
Did the loan officer that gave me these figure get this wrong or did San Antonio really go up to $332K?

Is it just me or does anybody......? Austin Texas Real Estate: Paul B. Perez

0 Comments
.....love to do something that you don't necessarily associate to your clients?  Just the other day I was having some paperwork signed and the conversation was steered to video games.  I admitted to playing games when I could.  Even went as far to admit that I play on-line from time to time.  I t...

1 Comments
We receive negative energy here in Austin when we are compared to the rest of the world.  Fortunately for me for the last few weeks I have seen a flurry of activity reviving the faith in Austin and a few other metro cities.  Here is a great link about the 10 Least Most Stressful Metros, and how A...
Previous 1 2 Next
Back to Top Archives
Rainer
4,889 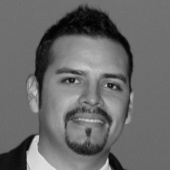