5 Comments
Can anyone share/shed some light on who this company is? They are at present advertising that agents can join for a one time fee of $249.00, however this is not just it! They have subdivided the Broker/Agent category into three (3) different sub-areas. You can sign on to just do BPO's, sign on to...

4 Comments
Many areas in Southwest OK were severely hit by a winter storm on Thursday. Entire counties were left in the dark, as the ice did it's damage. Slowly some towns are melting their way back. However, many places will not have power it is said for another week at best. I ask that you keep the effect...

22 Comments
Can anyone share/shed some light on who this company is? They are at present advertising that agents can join through 29 January for the fee of $399.00. Are they just another company trying to get in on the Default Property Services industry?  I clicked the Clients tab on their site www.reox.net ...

9 Comments
Dear Paul, If you're having difficulty with forms, it will have to do with your browser or your Adobe Reader.    Equator is not compatible with the AOL or Safari browsers. For application optimization use Internet Explorer (6.0 or later), or Mozilla FireFox. ADOBE READER - TEST COMPATIBILITY The...

Making Home Affordable Program..Will it work or be a flop?

3 Comments
Its is said if you are familiar with the Short Sale process, throw all that knowledge out. Purge your memory! From what I read about the program, it may take a bit of relearning. Of the several new procedures, the one(s) that stood out were: we longer have to fight the lender on commisions, what ...

1 Comments
According to SUBCHAPTER 13. TRUST ACCOUNT PROCEDURES 605:10-13-1. Duty to account; broker Under paragraph (c)  Interest bearing account. "(A broker shall not be prohibited from placing escrow monies in an interest bearing account; however, he or she must disclose in writing to all parties that th...

1 Comments
Do not blink! The fundraising deadline for 2009 RPAC funds is quickly approaching - October 16, 2009. The scoreboard shows several boards/associations are very close to meeting their fundraising goals. Your contribution could make the difference!

8 Comments
Why are the people at Point2Agent worried about my last login? I would understand if they were free, but they are not. Each month my fee is paid through my card. But they say if I do not login the website will be considered inactive. If it goes inactive, will they stop taking my money?

0 Comments
The construction permits topped out at over $8.2 million last month, due to steady new home construction along with commercial and nonprofit ventures. There were a total of 18 new home permits issued valued at nearly $3.1 million. This figure is down from the August total, but up from the same pe...

16 Comments
Hopefully after the name change "Equator" will do something about the BPO form on their site. On several occasion I have filled in the entire form, hit save submit and it take me back to the login page....all data lost!! It does not have the capability to save input data as you go along, if you h...
Previous 1 2 3 4 5 6 7 8 Next
Back to Top Archives
Rainer
384,369 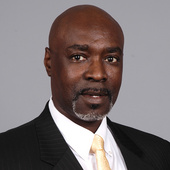