1 Comments
H.R. 3648 - Mortgage Forgiveness Debt Relief Act of 2007, The bill gives a tax break to homeowners who have mortgage debt forgiven as part of a foreclosure or renegotiation of a loan. No taxes would be owed on the value of any debt forgiven or written off. Currently such debt forgiveness is taxa...

1 Comments
The benefits of buying foreclosed homes are about to get even better thanks to the $15 billion Foreclosure Prevention Act of 2008.Homebuyers and investors can soon take advantage of a $7,000 one-year tax credit with the purchase of foreclosure properties if the legislation is passed.That's a huge...

0 Comments
I just closed a deal that would not have been possible if it were not this great new program its called the NEHEMIAH Program http://www.nehemiahcorp.org/ and when other Lenders failed to deliver Superstar Mike Nadeau once again delivered and got it done. I don't usual plug lenders, but this one d...

4 Comments
Brokers Are Doing Great Things Around the Region! Brokers Thinking Outside the BoxA loud Shout Out goes out to Denis DaSilva, the Broker/Manager of RE/MAX Total in Dartmouth, MA.  Denis really turned a negative situation into a positive by putting a new spin on your typical bus tour - by escortin...

0 Comments
If you are interested in buying foreclosures, consider first pre-foreclosures. They present all the rewards and none of the risks. My advice, hire a Realtor that will represent you as a buyers agent (Mostly Buyer Agents do not charge you for services, the fee’s are passed along to the seller).  B...

Is there a right of redemption in Rhode Island?

0 Comments
Is there a right of redemption in Rhode Island?Generally No. In a non-judicial foreclosure Rhode Island has no post sale general statutory right of redemption, which allows a party whose property has been foreclosed to reclaim that property by making payment in full of the sum of the unpaid loan ...
Previous 1 2 3 Next
Back to Top Archives
Rainer
13,582 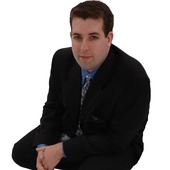