0 Comments
Here are some of the top real estate posts on the social networking sites this morning: Housing Prices: An Important Update - from the KCM Blog - http://t.co/kDuu2cwU   New Data Reveals How Marketers Use Social Media - includes an infographic! From Hubspot - http://t.co/N6tEgu3j   Check out the n...

2 Comments
By Jeff Lasky, MRED Director of Communications and Training The headlines are all over now.  As housing inventory is shrinking because of the great real estate market of the last few months, housing affordability is threatened.Really? As an industry, I don’t think we can be more negative about th...

1 Comments
Infographic from the KCM Blog:

1 Comments
During the month of the 30th Olympiad, housing medaled in several arenas. A few short years ago, housing was considered a headwind to economic recovery. Today, housing is seen as a tailwind to a stalling economy. For the first time since 2005, housing is on track for contributing positively to na...

0 Comments
Here are some of the top real estate posts on the social networking sites this morning: Foreclosure Filings Down 10 percent from a year ago per RealtyTrac - from Chicago Agent Magazine - http://t.co/CjXJOhPQ Once and For All, Which Way Are Home Prices Headed? From the KCM Blog - http://t.co/Ks9aU...

How to Fight Foreclosure

0 Comments
Infographic from the KCM Blog:

0 Comments
Here are some of the top real estate posts on the social networking sites this morning: For potential sellers who think they want to rent instead; 10 questions to ask themselves from the KCM Blog - http://t.co/MnF4leHW New Illinois Law Increases Fees for Mortgage Licensing - http://t.co/HZG53Oyo ...

1 Comments
Here are some of the top real estate posts on the social networking sites this morning: Survey Shows Americans Are Increasingly Confident About Homeownership - http://t.co/X8btcC7t   Illinois June home sales up 18% from a year ago; median prices post year-over-year increases - http://t.co/CvFWzCP...
Previous 1 2 3 4 5 6 7 8 9 10 11 12 Next
Back to Top Archives
Rainer
27,869 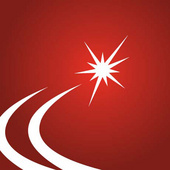