2 Comments
When Thomas Paine, wrote, "These are the times that try mens' souls," he was speaking of the turmoil in the American colonies which was going on at the time.  Our ancestors were fighting for independence from British rule.  Because of their struggles, independence was won and on July 4, 1776 the ...

0 Comments
On Saturday, June 11, from 2 to 4 PM, The Foundry will host a Batik painting demonstration by artist Lisa Martin. The Foundry is located at 401 Market Street, Denton, Maryland 21629.

2 Comments
As a retired member of the United States Air Force, I salute my fellow brothers and sisters in all the military services, past and present. Thank you, one and all, for your many sacrifices and efforts in making, and keeping, the United States of America the greatest nation on earth. Let it be kno...

5 Comments
The Court Appointed Special Advocate (CASA) program is an organization which helps children who have been placed in foster care.  Members are appointed by the courts to act as advocates on behalf of those children.  Advocates do exactly what their title says... they advocate for children.  If you...

2 Comments
The Court Appointed Special Advocate program (CASA) is an organization which supports children who are in foster care.  This coming Friday, April 29th, from 10:30 AM to 2:00 PM, the Caroline County CASA organization is having a fund raiser at the Food Lion Parking Lot on 5th Street, in Denton, Ma...

0 Comments
Mark your calendars for Saturday, May 7th, from 5:30 to 9:30 PM, for Denton's annual Spring Gala. Festivities include Live Music, local artist demonstrations, and more.  Call (410) 479-4305 to get additional information and to order tickets.

0 Comments
A new restaurant opened recently in the Denton, Maryland, area.  It's called Pizza Empire and Restaurant and it's located on 23823 Shore Highway, Denton, Maryland 21629.  They have a good-sized menu (not just pizza and pasta), prices are good, the food is delicious and the portions are big.  You ...

0 Comments
The Third Annual Katie Clancy, Longaberger and Vera Bradley, Bingo is scheduled for Sunday, March 13, 2011. Location is the Denton, Maryland, American Legion. Doors open at noon and the Games start at 2 PM. This is a benefit for the Caroline County Humane Society.  For more information and for ti...

Connecting With Veterans - It's a Great Thing to be a Veteran !

2 Comments
It's so great to be in a large group of people where I don't know anyone and to be able to just walk up to someone with a military cap on or shirt on and connect with them.  I retired from the United States Air Force.  It's such a great feeling to be able connect with other veterans.  I was at a ...
Previous 1 2 3 4 5 6 Next
Back to Top Archives
Rainmaker
401,684 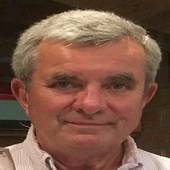 Real estate, culture and activities around the eastern shore of the Chesapeake Bay in Maryland and southern Delaware.