2 Comments
There is nothing cookie cutter about the housing stock in New Orleans.  There is 18 th century housing to brand new.  There is housing that is in very poor condition and considered blighted to magnificent St. Charles mansions.  When you refer to "New Orleans" you are also referring to many divers...

I Love Lucy and Bank Foreclosures

5 Comments
I would love to take credit for thinking of this clip but it was Dave Liniger of RE/MAX International.  He used this clip to show how the banks became overwhelmed with foreclosures and just like Ethiel and Lucy they just simply lost control.  Thoought this was really a clever visual.

I am not a toaster

2 Comments
Great analogy, I am not a toaster either. Online reviews give other agents a way to unanimously try to knock out the competition as well....the smallest perceived disagreement with an agent can end up in a bad review.  I don't believe it will be a good way to judge agents either but I do understa...

11 Comments
I have been blogging since sometime in 2006 and I have blogged on Active Rain and on a self made Typepad blog.  Over the past four years I constantly tweaked my blog and "redesigned" it myself which meant new headers, and moving stuff around and since I have done very well with this sort of basic...

Fighting the Stupids Since 1964 in New Orleans, LA

6 Comments
One small bookstore in New Orleans changing the world!  Love this sign.

5 Comments
While I agree with Carol about both buyers and sellers needing advance notice it is possible and has happened often that I meet a client and "the list" they want to see changes at the last minute because buyers are learning about their like and dislikes as we go, if a seller requires an entire da...

Does Your MLS Require you to Disclose a Short Sale

10 Comments
Since I have belonged to more than one MLS I have seen the same thing handled differently.  I come from an MLS in New York that required the disclosure of a short sale on the MLS, the seller when signing a listing agreement was required to sign a statement indicting whether their home was a short... 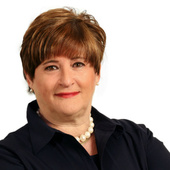