Run for the roses

4 Comments
Our local WCR Chapter puts on an annual run for the roses event.  Here's one of the photos from that event.

6 Comments
I've been wanting to get a nice shot of the lunar eclipse.  Last night I set my alarm in order to capture the lunar eclipse at 2:08AM CST.  When I got up, I was relieved to see the clouds that where there when I went to bed were almost all gone.  Here's one of the shots I got.  I think I've come ...

11 Comments
I've had an idea about how I might shoot a local water tower that was recently repainted.  This Saturday I finally had the chance to get the shot I was looking for. So this got me to thinking about shooting various landmarks in my area in helping to identify the location of listings.

Is there a need for an eBook on Elevated and Aerial Photography?

14 Comments
I've seriously considered writing an eBook on Elevated and Aerial Photography.  What I mean by Elevated is with the camera on a pole so as to provide an interesting prospective of the property or possibly to show what lies behind the property such as a spectacular view.  What I mean by aerial pho...

Software does make a difference

13 Comments
A few weeks ago I posted a photo or two of my trip to San Diego.  At the time I was testing a new lens which I've been quite impressed with.  Late last week I signed up for a trial version of the Nik Software Bundle which includes Viveza 2.  In order to see what it could do, I reprocessed a few o...

4 Comments
I spent a few days in San Diego last week.  While I was there, I took in the sights and tried out a new lens. I'm probably just as excited about learning some new editing software.  All of this was edited with Lightroom 4, but I've also obtianed CS6 which gives me a little more lattitue over Elem...

4 Comments
Getting in the car the other morning, I just couldn't keep myself from admiring the most beautiful colors of the sunrise.  I thougth I would share it with you.

9 Comments
In the interview with Britney Muller, there was a question about how my photography had evolved since I started in real estate.  My answer for her chronicled the different cameras and equipment I have used over the years, but I didn’t feel it adequately answered the question.  I thought I might s...

5 Comments
Thanks to Gail Robinson, I've had a little boost in my zeal for real estate photography posts.  Many years ago, Cheryl Johnson created and maintained a list of helpful photography AR posts.  When she got burned out, I picked up the task of maintaining the list, but it soon became too big for one ...
Previous 1 2 3 4 5 6 7 8 9 … 12 13 Next
Back to Top Archives
Rainmaker
253,249 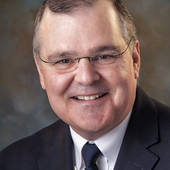