Severe Weather Awareness is an Important Part of Living in Minnesota

1 Comments
Severe Weather Awareness Week may be over, but the need to be alert to severe weather in Minnesota is just beginning. From thunderstorms to tornadoes, and everything that goes along with them including dangerous lightning, hail, strong winds and flash flooding, severe weather is a normal occurren...

1 Comments
Transportation into downtown Minneapolis and to some of the other suburbs surrounding Edina will be easier and better for the environment starting in 2017. That’s when the SouthWest Corridor light rail transit line should be operational. The line will run from downtown Minneapolis into Eden Prair...

Generation Y'ers are buying homes: Will they be considering yours?

1 Comments
Generation Y, also known as Millennials and Echo Boomers, are coming of age. And they are wanting to buy homes in Minneapolis and all over the nation. Not a big deal? Think it’s a drop in the bucket? Think again. This generation, born between 1982 and 1995, is just about equivalent in size to the...

Time to set your clocks forward

1 Comments
It’s time for spring! Springing forward the time on your clock, that is. It’s the time we all dread because it means we lose an hour of sleep. And for some, it means waking up and getting off to work or school in the dark for a few weeks. But the perk is, of course, that it will still be daylight...

3 Comments
A couple of days ago, Brad Andersohn called me to ask if I would be willing to teach a class for the newly formed ActiveRain University.  Of course, I said "yes" immediately.  I was given the freedom to select my topic, so on Monday, March 8th at 1pm Eastern (noon Central, 11am Mountain, 10am Pac... 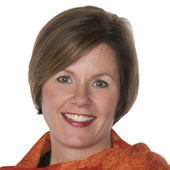 Find information on the Edina market! The housing market, school and community information as well!