I need your feedback!

11 Comments
Hello everyone! Due to my recent fustration with the website the KW provides me (don't get me wrong, they are useful... But, I wanted a more custom site), I have decided to design my own website from scratch!  Great Idea, I know... But I made the decision and went for it.  So after about 36 hours...

6 Comments
I thought I'd share this video that I came across on YouTube. If I ever decide to stop selling homes in Levittown, you might be able to find me working with this guy and his team! Enjoy! Have a great week! Jon www.PurcellSells.com

Homebuyers 101- 10 Steps To Owning A Home In Levittown

0 Comments
Here's a link to a great article I found on Realtor.com if you are thinking of purchasing a home in Levittown.  10 Steps to home ownership Enjoy! Jon

1 Comments
Well, it's been quite a while... My life over the last few months has been very crazy, including re-relocating back to Pennsylvania from Austin, Tx.  I have taken some time off from my real estate career but I'm back and ready to rock!  I think the time off has made me foreget how much I really e...

It's all about sharing ideas... Or so I thought.

19 Comments
I had a 'reality check' of sorts the other day, so I thought I'd tell everyone about it... As some of you may know, I am still a pretty new agent (less than 6 months in the biz) but I have privilege of working in an office of over 700 agents here in Austin.  This has given me a great opportunity ...

6 Comments
I am looking for comments and suggestions on 'Pocket' Listings.  I have a client who has a condo that cannot be put into the MLS until the end of November as per the contract.  (New condo building, and they won't let you resell until 6 months after the closing).  Ideally, we would like to have a ...

0 Comments
Yesterday I was on the phone with a potential client and I made a huge mistake!   The prospect had responded to an ad of mine on the internet, she was looking for a home but was running into issues with her financing.  She had told me that she had been looking for about 4 months, and had spoken w...

Getting Out and Meeting New People

5 Comments
When I first moved to Austin from Philadelphia, I did my best to get out and see what the city had to offer and to meet new people.  One of the things I was desperate to find was a decent cheesesteak!  Well, I stumbled on to a place down here that makes the best cheesesteak Austin has to offer.  ...

0 Comments
Just a quick one today! I had an interesting experience while attending a NetParty.com networking event last night in Downtown Austin.  There was a good amount of people there, I made a few connections and had a martini (or 2!).  Overall, I enjoyed myself and I will attend more of their events in...

Following Up With Open House Guests

5 Comments
I wanted to touch on the importance of following up with people who wander in to your open houses.  I generally hold 2-3 open houses a week, sometimes getting great turn outs, some times not.  I am generally happy with the way I conduct my open houses, although it is a constant learning process. ...
Previous 1 2 Next
Back to Top Archives
Rainer
6,889 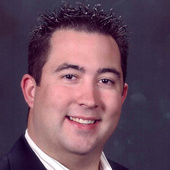