1 Comments
In my 14 years of being a Realtor I have seen many agents come and go. I have seen many have their moments of success, but only very few can sub-stain a level of success. Of the agents I know that have acomplished this task all have in common a positive attitude and the willingness to share.   Bu...

14 Comments
I am very frustrated. I have had at least 3 listings in the past year that should have been allowed to be listed as 2 property types. But MLS says NO. For example, I have a 3 family that is Zoned commercial. The best use is commercial however it is currently being used as a multi-family. Shouldnt...

0 Comments
What is that? Well you know those deals that you go to close and the buyer attornets say there is NO   C of O for the deck? Garage? Only a legal 3 BR instead of the 4 you put on the listing? Well we can help.  We will get the house in compliance quicker & cheaper than anyone. http://www.inclinerp...

Where have all the Tenants gone?

1 Comments
As I am sitting here listening to our new unlicensed assistant make calls to recruit listings for our new rental web site, I wonder why are there SO many rentals available? I mean with the supposed tons of people losing there homes and less people qualifying for loans why are there so many vacanc...

0 Comments
Attention all buyers!!   The Super Bowl is Over! You may now Start Real Estate shopping!   That is all :)   Have a great day!!!

3 Comments
About a year ago I had this Tiny cabin for rent. It was adorable but very small and kind of rustic. I personally couldn't have lived there for more than weekend. This woman called and asked to go see it. Well at the time I can honestly say that driving 20 miles to show a rental was NOT a priority...

7 Comments
I just read a blog about an agent who felt like another agent was dishonest. I really was surprised at all the comments from other agents stereo-typing Realtors.   I mean Realtors are human. If you take any group of humans, monks, doctors, engineers, teachers etc.....you will have a small percent...

2 Comments
I actually mean Ice not snow but snow went better with the title. So... Yesterday I had to accompany an agent to show one of my listings. This is the day after a huge ice storm. She gets out of her car with Stilettos on. My Client drives by and sees this calls me on my cell telling me to refuse t...

2 Comments
I just love it. Commercial & Multi families are amazingly simple to price right. I mean its a simple formula like how many years willl it take to pay this property off??  annual net operating income / cost (or value) = Capitalization Rate I wish we had been using this formula for residential all ... 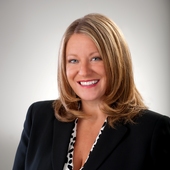