To complain or not to complain that is the question

12 Comments
I recently lost a listing of a very good client and friend. It is my understanding from the email I received from my sellers that this agent solicited the listing during the listing period. And I can actually prove several of the facts. Such as an email from my seller stating that they would be l...

It’s been a year of flattering headlines for Huntsville!

0 Comments
Headlines about the Huntsville area that have appeared in national magazines and other outlets in the past 12 months, as collected by the Huntsville/Madison County Chamber of Commerce:"Huntsville named No. 1 U.S. small city of the future"                       Foreign Direct Invest. Magazine     ...
Back to Top Archives
Rainer
7,502 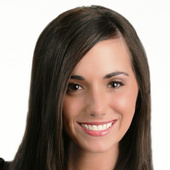