Who else likes a vacant staged home?

0 Comments
Last week ended as the week from hell.  There was the typical stuff you get from running an office, some very late nights working, but what really pushed me over the edge was a phone call I got Thursday.  A very kind agent called me Thursday to tell me she had gone to preview a listing of mine...

0 Comments
What a year this has been.  So much has happened this year; some of it great and some of it a bit more hair-raising.  I can't say 2008 was boring. On a personal level this is ending as an incredible year for me.  It has been such a fun year working with all of you.  And I was really honored to ha...

0 Comments
So I've been trying to figure exactly what all was included in order to "sweeten" the Bail Out package enough to get it to pass.  I can't beleive how hard it seems to be to find out exactly what is included, and I can't beleive some of the things I'm hearing/reading are a part of it.  It really b...

0 Comments
I've got a bailout alternative idea.  Since this whole crisis started with sub-prime loans being made to people who could not afford the loan once the adjustable rate started going up.  Why doesn't the government step in and mandate that the mortgage companies return those adjustable rates to the...

What NOT to do when Staging a Home

3 Comments
I had heard stories before, but I saw it with my own eyes today.  Luckily for me I wasn't the first one up the stairs.  I was there with an inspector so he got the scare first & gave me a warning.  I'm afraid if I had been the first up the stairs I would have screamed uncontrollably.Here is what ...

0 Comments
I have a blog on word press that has much more info.  To check it out go to http://jennflynn.wordpress.com/

0 Comments
OFHEO just announced that the new conforming loan limits have been set & that they will be in effect until the end of the year per the stimulus package that was passed.  http://www.ofheo.gov/newsroom.aspx?ID=418&q1=0&q2=0In my opinion this is a great thing for our area as so many homes are above ... 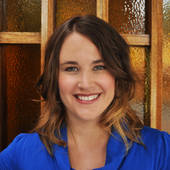