0 Comments
With over 6 million residenents, Indiana is the 16th most populous state in the U.S. despite only being the 38th largest state. We are looking for mortgage professionals who have closed loans in Indiana!!!On Inzopa:Justin Dudek has clsoed 38 mortgages in Indiana.Dana Bator has closed 1 mortgage i...

0 Comments
Thinking about using internet leads to grow your orgination business? Leads360 (a Velocify company) came out with an interesting report that talks about what to expect in regards to the world of internet generated mortgage leads! Here are a few key points:1. SEO provides the highest quality leads...

0 Comments
New York is one of the most exciting places to visit in the world! Inzopa could certainly use some more quality mortgage professionals with experience closing loans in the 4th most populous state in the United States! On Inzopa:Stephen Carpitella has closed 38 mortgages in New York.Kerry Cole has...

0 Comments
California is the most populous state in the United States with over 38 Million residents. Here's an updated list of the best mortgage profesionals in the state.On Inzopa:David Lawver, based in Campbell, has closed 701 mortgages in California.Kat Fiorentino, based in Roseville, has closed 398 mor...

2 Comments
Inzopa has been helping consumers find the right mortgage professionals to work with based on data for over a year now. The Inzopa network is now dominating mortgage related search results on Google.How would you like to show up on the first page? What's your gameplan for inbound marketing? Check...
Previous 1 2 3 4 5 6 7 Next
Back to Top Archives
Rainer
24,406 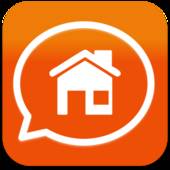