3 Comments
A mere 6 years ago, both my children were still in elementary school, my parents and in-laws were all alive and still actively working and the future seemed to stretch ahead endlessly.  Fast forward to the present and my son is about to graduate from high school (in 4 months he will be hundreds o...

2 Comments
Anyone have any advice (positive or negative) to share regarding partnerships/teams?Well, after almost 10 years in real estate, I am now excited about joining forces with a friend and collague of over 7 years.  We have been warned of the pitfalls and death traps.  After consideration of all the f...

1 Comments
Years ago, my father started telling me that by the time you reach the end of March, you've reached the end of the year.  At 20-something I found his words of advice quite amusing.  After all, most of the year, and my life, still lay ahead.  It really didn't make sense to me how my dad could thin...

Blinded by the Light

4 Comments
Perhaps it was the fact that the sun suddenly came out after a few days of rain and overcast skies in Seattle, but on my way home late this afternoon, I was suddenly blinded by the light.  No, not trying to reference a bad song of years ago, but an Accord driving infront of me that was emanating ...

Time's Running out on the First Time Homebuyer's Credit

0 Comments
Just a quick reminder to all the first time home buyers out there, that you only have until November 30th 2009 to close on a house in order to qualify to collect the up to $ 8000 tax credit.  I am attaching a video that explains exactly how the tax credit works!       http://www.youtube.com/watch...

1 Comments
Here's a great opportunity to own a 3 bedroom condo with 2 full bathrooms in Kirkland!

1 Comments
I have a new listing on Lake Washington.  The home is in Kenmore and features 62 feet of no-bank waterfront, moorage for 3-4 boats and it has 4 bedrooms and 2.5 bathrooms.  All primary rooms face the lake!  Rather than me writing about it, check out the video I made on the house!

0 Comments
Kirkland, WA is a suburb of Seattle on the eastside of Lake Washington.  An affluent community,  Kirkland, with its art gallery and boutique store downtown fronting  Lake Washington, has some of the highest priced real estate in Washington.  A few miles up from downtown is Totem Lake, a community...

Trilogy; what a community

2 Comments
I just wanted to share a bit of happy news.  Late last year I sold a wonderful house to clients in the 55+ community of Trilogy in Redmond, WA.  I just heard that they, like all the residents I've ever spoken to in that community, love their home and the whole lifestyle that Trilogy offers.   Tri...

0 Comments
Incorporated as a city in 1913, Duvall  has about 5000 residents and is located about a 20 minute drive from Redmond, WA.  It is a wonderful community with a mix of affordable new construction family homes, established neighborhoods, homes on acreage and a few farms scattered in between.  Downt...
Previous 1 2 Next
Back to Top Archives
Rainer
10,947 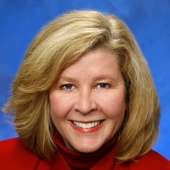