0 Comments
On October 29, Silver Spring, MD homes were struck by Superstorm Sandy – previously a category 1 hurricane.  Sandy was the largest Atlantic hurricane in recorded history, with a wind span stretching over 1,000 miles.  It is expected that $5 billion to $10 billion in insurance claims will be filed...

0 Comments
It's hard to believe that November is already here, but with it comes events in Montgomery County, MD that showcase an appreciation for the arts.  Continue Reading for the Full List of Events

The Snowball Effect of Foreclosures

1 Comments
The Center for Responsible Lending released a report last week titled, "Collateral Damage:  The Spillover Cost of Foreclosures."  This report gives valuable insight on the effect a foreclosure has, not just on a homeowner, but on a community as well. ·         Between 2007 and 2011, 10.9 million ...

1 Comments
The Great Recession, which officially began in December 2007, brought with it hardships for many Americans.  Unemployment levels soared as countless businesses closed their doors.  The American Dream became difficult for many homeowners to hold onto as foreclosures and short sales skyrocketed.  T...

How to Get Investment Financing for Silver Spring, MD Real Estate

0 Comments
Getting investment financing for Silver Spring, MD real estate can be tricky.  Thanks to stringent lending practices and wary banks, investors face more hurdles than owner-occupants when trying to get a loan.  Despite the fact that one in every five homes is sold to a real estate investor, the Of...

1 Comments
If you're planning to sell a home in Silver Spring, MD then you'll want to apply these valuable home staging tips: 1.  The first part of any home staging process should be to remove from your home any and all clutter.  You should also use this opportunity to depersonalize your living spaces, as t...

A Short Sale is Usually the Best Longterm Foreclosure Alternative

What Are You Waiting For?

0 Comments
If you're similar to many American consumers, then you're probably beginning to feel more confident about the economy.  If you've been paying attention to home values, then you've noticed an increase.  You're also probably aware that mortgage rates are continuing to float along the floor.  All-in...

Net Worth and Home Values Rise in Silver Spring, MD

0 Comments
Homeowners in Silver Spring, MD are beginning to experience relief thanks to improving home values in a stabilizing housing market.  Consumer confidence is up while household debt decreases.  Home affordability is at historical highs while mortgage rates are at historical lows. According to data ...
Previous 1 2 … 7 8 9 10 11 12 13 14 15 Next
Back to Top Archives
Rainmaker
215,361 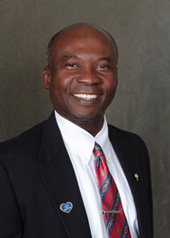