Cabins for Rent in Bayfield, Ontario

1 Comments
We offer ten rustic cabins for rent in Bayfield, Ontario on beautiful Lake Huron, Ontario's West Coast and they are available for seasonal rentals, or by the week.  We are located twenty minutes south of Goderich, Ontario, and one hour from London and Stratford, three hours from Toronto. Our cabi...

0 Comments
The Ontario government recently announced that they were surprised that energy costs have gone up with the new time of day billing program. What a surprise! The surprise is that the government couldn't figure out that there would be an increased to the consumer... Isn't that what they wanted? Las...

0 Comments
An amendment to the Ontario Tenancies Act that would further restrict landlords from raising rents, while requiring licensing for those who own properties with six or more units, would bring Ontario one step closer to social justice, says New Democratic MPP Cheri DiNovo.   If DiNovo’s bill passes...

0 Comments
Majority (56%) of Ontarians Believe HST Applies To Resale Homes   Seems like an Ipsos-Reid survey commissioned by the Ontario Real Estate Association indicates that the majority of Ontarians don't understand the new rules.   Guess it is up to us Realtor(R) to show them the way.

Crea and the Competitiion Bureau

1 Comments
Now that the Real Estate Boards that we belong to have voted 97% in favour of the agreement that CREA and the Competition Bureau reached.  Are our representatives going to tell the members what has been agreed to?   Would be nice to know the new rules of the "land"!     Ed

5 Comments
Facebook was down yesterday. Users were roaming the streets in tears, shoving photos of themselves in people's faces and screaming 'DO YOU LIKE THIS? DO YOU??'

3 Comments
Tonight is the night of the Super Harvest Moon. It's the last day of summer in the Northern Hemisphere, the beginning of the autumn season and it perfectly coincides with a full moon tonight. And it's the first time in almost 20 years that the stars have aligned for an event like this. So be sure...

How to Control the Emotions of Home Buying

0 Comments
How to Control the Emotions of Home Buying     Buying a home is almost always an emotion-based process. Once you find a home you like, you become emotionally attached to it. Emotional attachment can cause you to make unwise decisions when making an offer, handling negotiations, and so forth. Once...

2 Comments
Sold August 9, 2010 Southwestern Ontario Subdivision For Sale.  This approximately 10 acre site has been approved for 70 building lots, in the town of Mitchell, Ontario.  22 of these lots are on the Mitchell Golf and Country Club Course.  Utility services are available to the entrance of the prop...
Back to Top Archives
Rainer
39,935 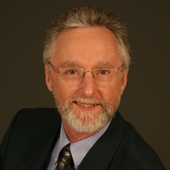