10 Comments
There is a story of identical twins. One was a hope-filled optimist. "Everything is coming up roses!" he would say. The other twin was a sad and hopeless pessimist. He thought that Murphy, as in Murphy's Law, was an optimist. The worried parents of the boys brought them to the local psychologist....

up, up and away

4 Comments
Pete Erickson, Up, Up and Away: Kent Couch strapped 105 helium balloons to a lawn chair in Bend, Ore., lifted off and came back down 9 hours and 193 miles later.you could do anything you want to do..lol....home of the grant programbranchlendamerica.com

Your blogs on profiling a person ..who has a fico of 500 is not fair...the fico system sucks

9 Comments
I WROTE ABOUT A GRANT PROGRAM THAT MY BANK HAS FOR PEOPLE THAT HAVE A FICO AT 500great second chance!!!I believe that the fico system is unfairso many people wrote to tell me that i could just forclosure on them rite after i give them the mortgagei guess this blog is for the people that don't und...

6 Comments
The FenceBy: Author Unknown There was a little boy with a bad temper. His father gave him a bag of nails and told him that every time he lost his temper, to hammer a nail in the back fence. The first day the boy had driven 37 nails into the fence. Then it gradually dwindled down. He discovered it...

WOOLWORTH..the idea is too risky

6 Comments
A Ten-Cent IdeaBy: Author Unknown When young F. W. Woolworth was a store clerk, he tried to convince his boss to have a ten-cent sale to reduce inventory. The boss agreed, and the idea was a resounding success. This inspired Woolworth to open his own store and price items at a nickel and a dime. ...

6 Comments
A Tear to the EyeBy: Author Unknown Barbara was driving her six-year-old son, Benjamin, to his piano lesson. They were late, and Barbara was beginning to think she should have cancelled it. There was always so much to do, and Barbara, a night-duty nurse at the local hospital, had recently worked ...

Homeownership made possible for buyers with no money

CRACKED POTS..i love this story so i blog it again

5 Comments
Cracked Pots  I don't know where this one came from. It's one of those stories circulating through the internet. An elderly Chinese woman had two large pots, each hung on the ends of a pole which she carried across her neck. One of the pots had a crack in it while the other pot was perfect and al... 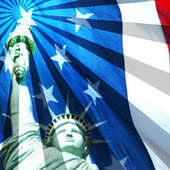