0 Comments
If you have been watching Red Rooster on Facebook, you know they just opened on Monday.  Hat's Off to the gang for launching a new business and building the buzz on Facebook.  Over the last 4 months, Red Rooster has used a FB ad to get noticed and now has over 1300 fans.

0 Comments
Check out Pat Giles blog post to the Wall Street Journal.  We all have agents in our marketplace that think that their photos represent the home and serve the seller.  Pst "Pass it on" John L. Scott Real Estate Our own Pat Giles contributed to this Wall Street Journal post about how NOT to take b...

The Trouble with Summertime Traffic

0 Comments
The Trouble with Summertime Traffic in Gig Harbor is just that.  It is summertime and there is more traffic.  Gig Harbor has a couple of serious round-about intersections designed to keep traffic moving and guess what...they are under construction. Knowing how to navigate a roundabout is importan...

We Have to do More to Get it SOLD

7 Comments
In this market, the first four to six weeks is the most critical time to attract attention to a newly listed home on the market.  This time period is where most of the time, effort and money goes to market the home to as many potential buyers as possible.  My marketing campaign includes a Listing...

0 Comments
Downtown Gig Harbor was the site for the Peninsula Art Show Theanks to the local businesses inconvenienced by closing Judson Street on Saturday and Sunday for the venue. I spoke with a couple of artists that thought the "Judging was great" I also overheard Wows from the crowd as they viewed the ...

0 Comments
I've been carrying "Soci@l" around with me for several weeks, reading and re-reading the material.  I swear the last time I read a specific passage, it was different.  So I am seeing more possibilities each time I pick up the book.  I even laminated the front and back cover so the book will last ...

0 Comments
Remove Redo Realtor If nothing else this real estate market is challenging. Gig Harbor still has more inventory than other places around the Sound. So sometimes you have to think outside the box. I took this clip and added the Kareoke version of "Matchmaker, Matcher" from "Fiddler on the Roof" a...

SalmonChanted Harbor - The Year of the Heron

3 Comments
SalmonChantedHarbor is an array of beautifully decorated artwork that will be displayed around downtown Gig Harbor from May-October 2010. Fifteen locations will host the artwork within the historic downtown area. This year's artistic theme is the heron, one of our area's most beloved residents. E...

May Market Update of Gig Harbor and Surrounding Area

0 Comments
Trendgraphics posted market stats a couple of days age and we can clearly see the effect the Tax Credit had in our market.  This chart shows months of inventory based on pending sales.  April shows the lowest supply level n over 15 months.  Supply is now up to 11 and a half months meaning there i...
Back to Top Archives
Rainer
15,707 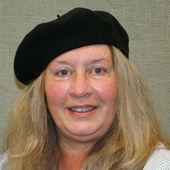