Referrals and other business from AR

3 Comments
Hello all,I have been active on AR for only a few weeks, so I have a question for all those that have spent time on this Blog.I want to know if anyone has developed business from participation on AR?  If so, was the business from referrals from other professional members or business from consumer...

The TRUE Value Of TIME…

1 Comments
No one will ever come up with a funny income tax joke.  It does, however, lend itself to some wry humor..."There are two distinct classes of men...those who pay taxes, and those who receive and live upon taxes."          (Thomas Paine) "The hardest thing in the world to understand is income tax!"...

2 Comments
"The only service a friend can really render is to keep up your courage by holding up to you a mirror in which you can see a noble image of yourself."-George Bernard Shaw

4 Comments
"Realize that true happiness lies within you.  Waste no time and effort searching for peace and contentment and joy in the world outside.  Remember that there is no happiness in having or in getting, but only in giving.  Reach out.  Share.  Smile.  Hug.  Happiness is a perfume you cannot pour on ...

Get A Hot Mama!

2 Comments
An 87-year-old man went to the doctor to get a physical.  A few days later, the doctor saw the man walking down the street with a gorgeous young lady on his arm.  A couple days later, when the old man had an appointment with the doctor again, the doctor said, "You're really doing great, aren't yo...

Is Your Child Safe In CyberSpace?

3 Comments
They're on it every day. They communicate with their friends. They play games, download software, and they even talk to strangers-sometimes without knowing any better.      The Internet is becoming an integral part of our children's lives.  One day the Internet will play as central a role in thei...

Are Two Really Better Than One?

1 Comments
"How was your golf game dear?" asked Jack's wife.  "Well, I was hitting it pretty well, but my eyesight's gotten so bad that I couldn't see where the ball went."  "You're 75-years-old," admonished his wife, "why don't you take your brother Scott along?"  "He's 85 and doesn't even play golf," prot...

A Thought For The Month…

3 Comments
"To laugh often and much; to win the respect of intelligent people and the affection of children; to earn the appreciation of honest critics and endure the betrayal of false friends; to appreciate beauty; to find the best in others; to leave the world a bit better, whether by a healthy child, a g...
Previous 1 2 3 4 5 6 7 Next
Back to Top Archives
Rainer
21,514 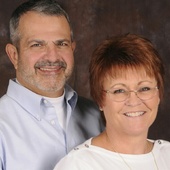 All about Strongsville Ohio and the surrounding communities. Helpful tips, insight and some humor.