Copying ID's on applications IS IT LEGAL????

The 10 - Fastest Dying Industries In America

1 Comments
"As we let our own light shine, we unconsciously give other people permission to do the same!" (NelsonMandela)

Top 10 Reasons to buy instead of rent.

0 Comments
Top 10 reasons to own rather than rent   WOODLAND HILLS, Calif. – Oct. 17, 2011 – In an era of foreclosures, buyers focus on financial reasons for purchasing, but ownership has emotional rewards too. A California condo developer, the Met Warner Center, put together the following list – but it ...

The question most asked of realestate agents

3 Comments
The most asked question of realestates is::: HOW IS REALESTATE DOING??? My answer to that question is.  It depends upon the area that you are in. If you will call me then we can set an appointment and I can tell you about your area. Call david  352-427-0550 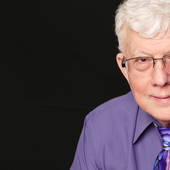