2 Comments
It has been about two years since O&S Holding, out of California, started the enormous undertaking that is Bridge Street Town Centre and here we are, in 2007, only days away from it's Grand Opening. Grand is probably an understatement for what is sure to be an experience few people in the South ...

1 Comments
I recently read an article on realestatejournal.com that discussed the lengths sellers are going to in order to get their home sold in today's "slowing" real estate market. Sellers are offering agents with buyers incentives ranging from gift cards to one seller who offered a paid lease on a new B...

0 Comments
An apartment survey in  Huntsville and Madison markets show significant growth in the next few years. Over 4,200 new apartments are "in the pipe line" to be constructed although some developments are speculative. A few apartment development include the 372-unit Ashbury Woods, luxury apartments on...

2 Comments
Know of anyone looking to move to Huntsville? This video could be a useful tool...City of Huntsville Video

0 Comments
Mayor Loretta Spencer announced at a press conference held May 9, that the City of Huntsville was granted a Aa1 credit rating by Moody's Investors Service, Inc. This is the highest rating the city can achieve. conservative budgeting and sound fiscal management were cited by Moody's as the basis f...

My new Huntsville/Madison Real Estate Blog is up and running!

1 Comments
Check it out and if you have any tips/ideas for improving the blog please let me know...after all I'm just getting started in this whole thing. Thanks in advance!!Huntsville/Madison Real Estate Blog

Sell Your Home Faster with a "Virtual Open House"

0 Comments
Virtual Tours can be a great way to reach buyers across the country. In Huntsville, AL we are experiencing an influx of relocating buyers due to BRAC (Base Realignment and Closure) so connecting with buyers in other states is a must. A good virtual tour can answer alot of questions the buyer may ...

12 Comments
The National Association of Realtors (NAR) recently published their 2007 Realtor Technology Survey and this stat was by far the most surprising. In this day and age in real estate I cannot imagine doing business without utilizing the internet. Most home sellers expect their home to be advertised ...

0 Comments
The Sidewalk Arts Stroll is back! The popular Thursday evening visual- and performing-arts bazaar that invaded the Courthouse Square three times last summer will be back up for five strolls throughout this summer.An addition to this year's strolls, though, is a featured artist and performer for ...

Kiplinger.com Ranks Huntsville as one of it's "Best Cities for Mid-Level Professionals"

0 Comments
I posted the write-up on Huntsville but you can click the link below to read the entire article....."Best cities for Mid-level Professionals" "Huntsville is a small city that's big on charm. The people are friendly, the tea is sweet, and the city is welcoming to newcomers. Downtown, boutiques and...
Previous 1 2 Next
Back to Top Archives
Rainer
6,124 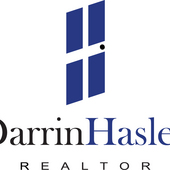