My desk in the Huntington Beach office

15 Inexpensive Ways to Get Your Home Ready For Sale

3 Comments
As an Accredited Staging Professional Realtor, I'm often asked what soon to be sellers can do to get their home 'show' ready.  I've complied a list of some of my least expensive techniques that I share with sellers before listing their home.  If you are in the Orange County area, I'd love to help...

IndyMac, Slap in Our Face

ORANGE COUNTY BREAKING NEWS: I HAVE A BUYER FOR YOUR UNLISTED SHORT SALE!

2 Comments
Owe More Than Your Home is Worth? Need/Want to Sell? Your Not Alone!  2010 has already been dubbed by banks as the 'YEAR OF THE SHORT SALE' See, banks are trying to go this route more and more than doing a costly foreclosure.  They're of dealing with so many foreclosure losses.  Most all banks ha...

0 Comments
According to the most recent buyer survey held every year by Paul Cardis, CEO of Avid Ratings, the following has been identified as must-haves in new homes: 1. Large kitchens with islands 2. Energy efficiency, including energy-efficient appliances, super insulation, and high-efficiency windows. ...

Loan Modification: Did you pay for yours?

1 Comments
Just a bit of FYI if you have paid someone for your loan modification before having it modification:Effective October 11, 2009, the National Association of Realtors helped aided a law being passed to protect borrowers with financial hardships. It reads that No Persons, Including Real Estate Broke...

0 Comments
*Home sales increased 1.7% in Decem ber compared to December 2008.  Home sales were also up 4% from the month before. This gain was somewhat expected with the extended/expanded tax credit and low interest rates.  More good news?  The median price of existing homes rose 8.4% according to the CALIF...
Previous 1 2 Next
Back to Top Archives
Rainer
9,285 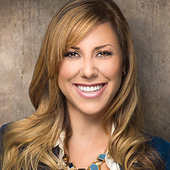