0 Comments
Everyone wants to live happily ever after surrounded by a white picket fence, but things happen. Good or bad, plans change. What we hold important now, easily changes without notice. When buying a home pay attention to resale opportunities and values. You might have all the intentions in the worl...

2 Comments
It’s probably common sense, but those of you like me who are too busy to even think straight, here’s a tip.  Drain your rain barrels in the winter!  In the last couple of days the temperatures have gotten low enough to freeze the water left inside my barrels and split them down the middle.  In ...

1 Comments
A broker was dismayed when a brand new real estate office much like his own opened up next door and erected a huge sign which read ‘BEST AGENTS.’ He was horrified when another competitor opened up on his right, and announced its arrival with an even larger sign, reading ‘LOWEST COMMISSIONS.’ The ...

2 Comments
Customer service is dead… or at least barely hanging on with the help of some very sophisticated life support systems.  Now granted, I didn’t come from the Golden Era, but I did grow up in a time where the client was still number one; the reason we did what we did.  Now a day, I continually run...

A great resource for well owners.

3 Comments
There once was a very rich contractor who was near death. He was very grieved because he had worked so hard for his money and he wanted to be able to take it with him to Heaven. So he began to pray that he might be able to take some of his wealth with him.   An angel hears his plea and appears ...
Back to Top Archives
Rainer
8,716 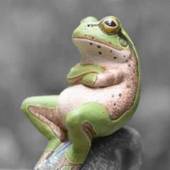