Get your Red On...and join the flash mob in New Paltz

3 Comments
Get your Red On this Thursday February 14th. It's Valentine's Day.   There will be a flash mob dance downtown New Paltz for One Billion Rising. (Violence against Women and Chiildren). This will take place at 3PM at the four corners in New Paltz. That is the intersection of Plattekill, Main and No...

0 Comments
Calling all Buyers that want the best of both. You want a property in the town of New Paltz with the Highland school district than you don't have too many choices. Right now this is the only one!

Listing Presentation - Do you wing it?

8 Comments
Having sat through many classes on this subject I'm still having a difficult time believing that most agents use a Power Point Presentation. Does that mean you bring your laptop and show your clients a slide show? Or is it a flip book? What besides your ranking is the most important feature and w...

3 Comments
Of all the gadgets and technology out there I wish that when someone visited my website there would be someone  to talk  and guide them. Yes actually talk to them. I know that there are some programs that a character can say welcome to my website but I want more. lf someone asked for a home in an...

0 Comments
Rural and small city listing agents often work differently than listing agents from large metropolitan areas. This is a post I just read about buying and selling a home. Are they kidding?   I’m in a rural area that’s 60 miles from a large metro area, New York City. This is not the Wild West and...

0 Comments
Highland a hamlet in the town of Lloyd NY, is mostly referred to as the town as Highland. It has gained much notoriety because of the development of "Walkway Over the Hudson" which is a foot traffic bridge from the town of Highland (Lloyd) to the city of Poughkeepsie.   I'd consider this area to ...

Hang onto your Hat! We're going on another ride!

1 Comments
The Daily Real Estate News published today Thursday, January 31, 2013 that FHA announced it will be increasing premiums on most of its new mortgages by 10 basis points, or point one percent. That will add approximately $13 more per month. OK so that's not too hard to absorb but the FHA also annou...

And the battles continue in New Paltz NY

0 Comments
The local newspaper is now calling New Paltz the Wild West and why not? The latest victim of the "consolidation" is a long time friend of New Paltz and now former deputy mayor Sally Rhoads. Now you know for her to give her resignation the village mayor must have really really really made life liv...

Didn't you learn how to play in the sandbox with the other children?

2 Comments
Guess we will need some refresher classes here in New Paltz. Round two Mr. Mayor vs. Mrs Supervisor. The battle over to consolidate or not. Of course we are currently in the mud slinging phase and that's just my non political opinion. I've also just read in the local paper that the committee who ...
Previous 1 2 Next
Back to Top Archives
Rainer
26,937 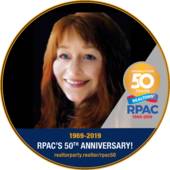